ISH-DC started February off with a bang. On Friday night, the 1st of February, 14 residents received tickets to attend the Washington Capitals Ice Hockey game for the suite of the Embassy of Qatar at the Capital One Arena. These donated tickets were a hot commodity. The suite was fully stocked with mini-burgers, chicken wings, popcorn, potato chips and a fully stocked fridge. The residents got to enjoy a game and dinner, with a great view of the rink.

This game was the Washington Capitals versus the Calgary Flames. In honor of the Flames being a Canadian team, the Canadian national anthem started off the night followed by the national anthem of the USA. This was a tough game with two good teams going hard for the win. The first goal was scored by the Caps #ALLCAPS! This may have been foreshadowing for the final goal was scored in the last minute of the game by Caps player Evgeny Kuznetsov.  The home team was victorious with a game ending score of 4 to 3 which ended the Capitals longest losing streak in five years. There was an immediate after game fight by all the players on the rink to the wild cheering of the crowd. The stadium seemed to be filled with spectators that preferred fisticuffs rather than ice hockey.  This hockey game had it all. 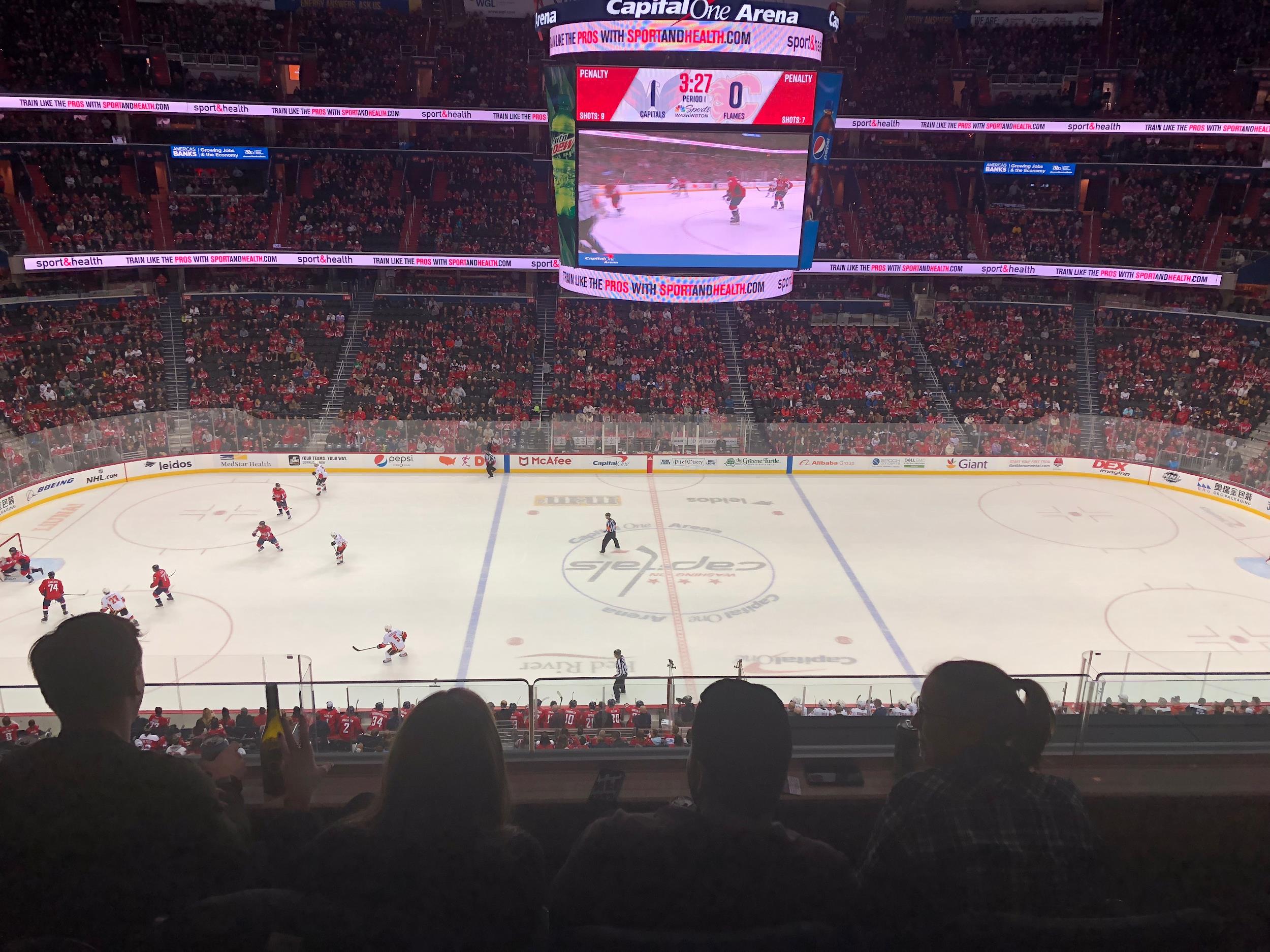 For many of the residents this was there first time at a live National Hockey League game. There were some comments amongst us about how the puck moves too fast for the eye to follow and perhaps watching it on TV with the slow motion replay might be a good way to familiarize oneself with the game. Nonetheless, the residents took it in stride and worked together to figure out the game. We also enjoyed the mini games that take place in between periods. The capitals had a quick kids game between the first and second period. They had a drone floating around the rink in between the second and third period, and they had plenty of mini games to keep everyone entertained during down time. I think I speak for all of us who attended to say thank you to the Embassy of Qatar for gifting the tickets. 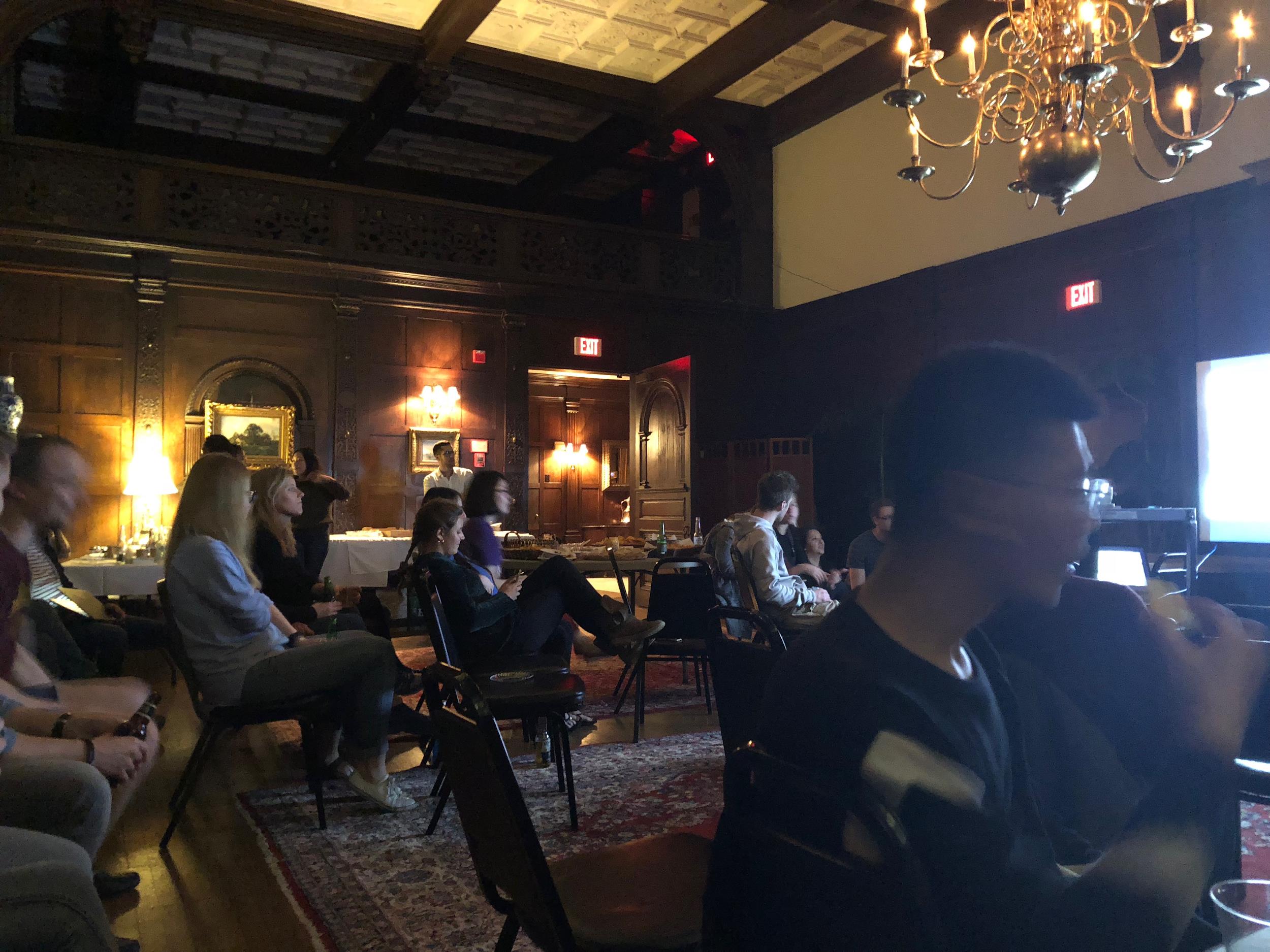 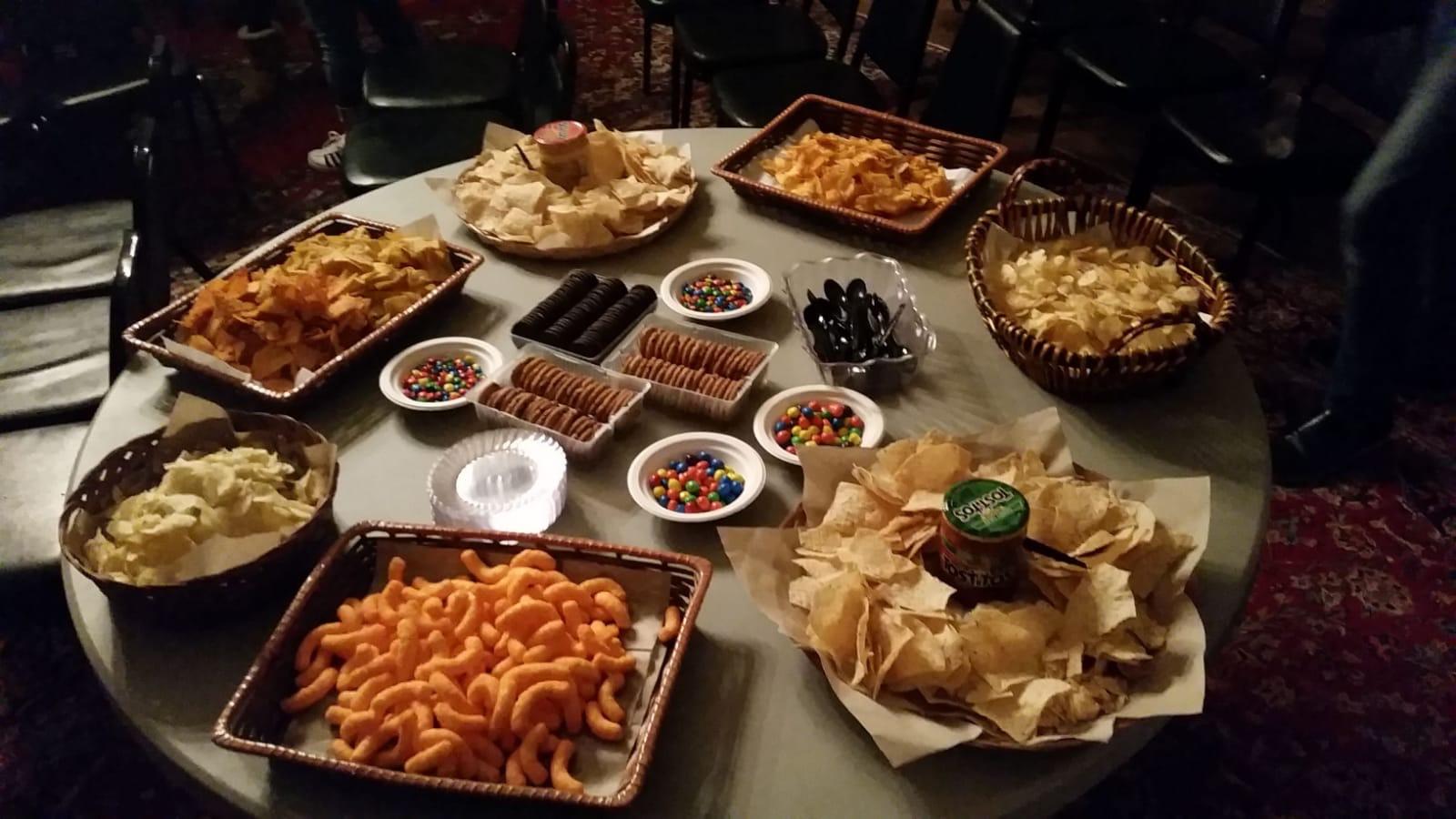 Then on Sunday the 3rd of February it was the LIII Super Bowl. Thanks to our resident, Tami, ISH had a wonderful set up for all to come and watch in the Great Hall. There was pizza, wings, chips, dips, candy, cookies and drinks. All of the typical Super Bowl foods, giving everyone the American experience.

The majority of residents were rooting for the LA Rams over the New England Patriots. Sadly, the Rams were defeated with a final score of 13 to 3; however, ISH everyone still had a great time. We enjoyed the commercials, the halftime show, the game and the camaraderie. The halftime show was hyped up in the House, as there are many Maroon 5 and Travis Scott fans living at ISH this month. The Spongebob reference also got quite the holler.

As for the talk of the night, well that was probably the commercials. Many residents enjoyed the okay Pepsi commercial as well as the Captain Marvel trailer and Jordan Peele’s Twilight Zone. The Stella Artois commercial featuring Sarah Jessica Parker as Carrie Bradshaw and Jeff Bridges as “The Dude” got a big chuckle and started a bit of a chat. Another well complimented commercial was the one for Amazon’s Alexa featuring Harrison Ford and his dog. Everybody loves a dog that orders too much food for himself. There were so many Budweiser  (specifically HBO’s Game of Thrones themed) ads as well as T mobile advertisements that residents started calculating how much these companies were spending.

This was a jam packed sports filled weekend and a great way for the House to get together.