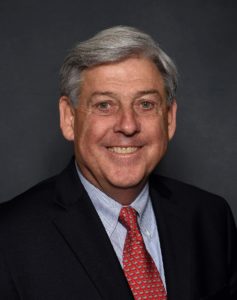 Lawrence Dunham served as U. S. Assistant Chief of Protocol from 1989 until 2005, heading Protocol’s Diplomatic Affairs Division, which oversaw relations with foreign embassies in Washington and foreign government offices throughout the United States.  Previously, he served as an attorney with the U.S. Customs Service.  Following his government career, he provided consulting services to government and private sector clients.

He currently is an adjunct faculty member at the George Washington University School of Business and the Elliott School of International Affairs.

Over the years, he has served on the boards of a number of internationally focused organizations, including the International Student House, THIS for Diplomats, the Consular Corps of Washington, DC and Protocol and Diplomacy International – Protocol Officers Association.  He is a graduate of the Catholic University of America and the George Mason University School of Law.