of the Republic of Kosovo 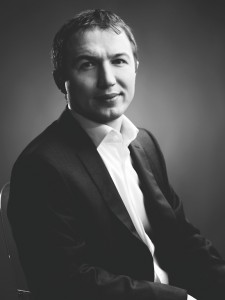 Ambassador Ismaili will discuss the impact of war, post-conflict rebuilding, and nation building on Kosovo’s youth and Millennials as well as the recent successes and challenges that the country has faced in terms of economic and political development.

Akan Ismaili was appointed as the Republic of Kosovo’s second Ambassador to the United States on May 2, 2012.  He is a former telecommunications entrepreneur and CEO.

Immediately after the NATO bombing ended in 1999, Ambassador Ismaili co-founded Internet Project Kosovo (IPKO), a non-profit organization dedicated to promoting the use of information and communications technology as a tool to foster rebuilding and development in Kosovo. IPKO has been credited with bringing the internet to Kosovo. During the same time, he co-founded the American University Foundation in Kosovo, which draws support from Kosovar citizens and its diaspora to establish an American-style higher education institution in Kosovo.

In December 2007, Ambassador Ismaili was named “Manager of the Year” by the Economic Chamber of Kosova (ECK).

are made possible, in part,

by a generous grant from Al-Monitor