It was about 4:00 pm on a Tuesday afternoon, after two bitterly cold days in Washington, DC when the call went out on International Student House’s group chat: “It’s snowing!”

I was in class, but I just had to see for myself, so I snuck a quick look out the window. Nothing.

There was similar discontent in the group chat.

I looked again – and there, sure enough, floating in the wind, little flakes of snow. I was ecstatic. Around DC, ISH residents – students and interns alike, scattered across the city – were also pressed up against the windows, commenting on their view of the first snow of the seasons. A Canadian in the house made the point that a few flakes in the breeze could hardly be considered snow. But for an Australian, it made my heart sing.

Which brings me to the point of this blog post: a source of international discussion I’m sure, and certainly a discussion both at breakfast and dinner, day in and day out at ISH: the weather.

When I arrived at ISH in August it was to an oppressive heat even I could not have envisaged. And so, the conversations were: how high the temperature had reached that day, how appropriate sleeveless clothes were for formal occasions and how to handle the mosquitos. I discovered in my sightseeing expeditions that fountains at monuments weren’t just for show, they were a legitimate means of cooling off. 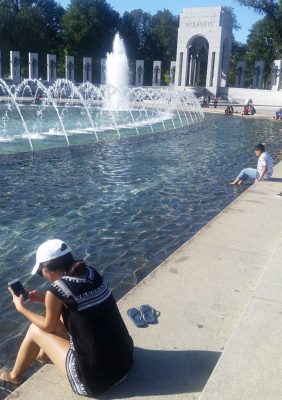 Summer means cooling off at the World War II Memorial

Then, for a brief moment, DC experienced the magical colours of fall. True to theme, I tried some pumpkin-flavoured things and ventured out onto the streets of the Georgetown neighbourhood, hoping to capture a photo of the leaves in those classic red and orange hues. In the dining hall at ISH it became peak university merchandise season: everyone had a jumper (sweater) bearing their institution’s name, and around a table sat George Washington, John Hopkins, American and Georgetown. 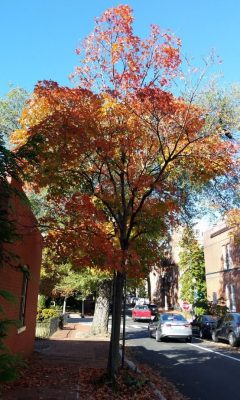 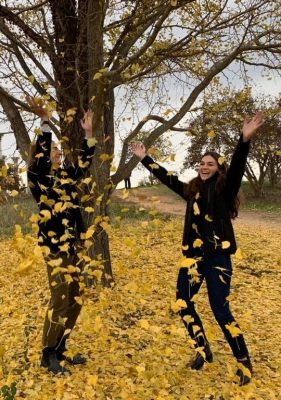 As quickly as it had appeared, fall disappeared, and gave way to winter. Let me tell you I was initially none too happy about it. I lost track of the number of times I told people that it doesn’t get cold in Australia – no really! I hadn’t worn a winter coat in years. I have gloves, a scarf, a beanie, but I honestly wasn’t quite sure what temperature called for them (I’m still figuring this out). I have no idea how to layer effectively, what temperature to set a heater to and most importantly, how to keep food bought on Connecticut Avenue warm as I make the mad dash back to ISH.

I think I am slowly adjusting though, and I am certainly enjoying the fact that it’s acceptable to wear my fuzzy cat slippers around the house and drink multiple cups of tea.

Of course, most importantly, I wait in eager anticipation of our next snow fall. 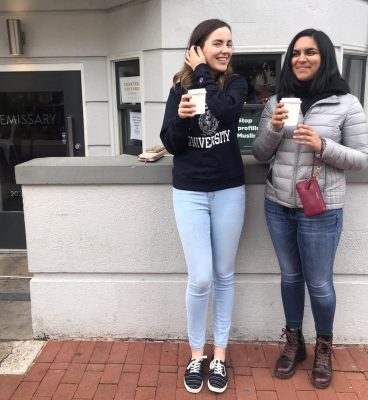 Cold mornings can’t stop me from getting my flat white coffee fix!