International Student House of Washington, DC was thrilled to once again open our doors and welcome friends of the House - alumni, board members, supporters, and special guests - to join us for our Garden Gatherings, our first of this scale since March 2020. Thanks to the generous support of Board Member Janet Blanchard and Governor Jim Blanchard who hosted the nights, we were delighted to hold the evenings in person, and, even moreso, pleased that our greater community here in Washington could meet our incredible resident scholars, many of whom have been with us throughout this extraordinary year. 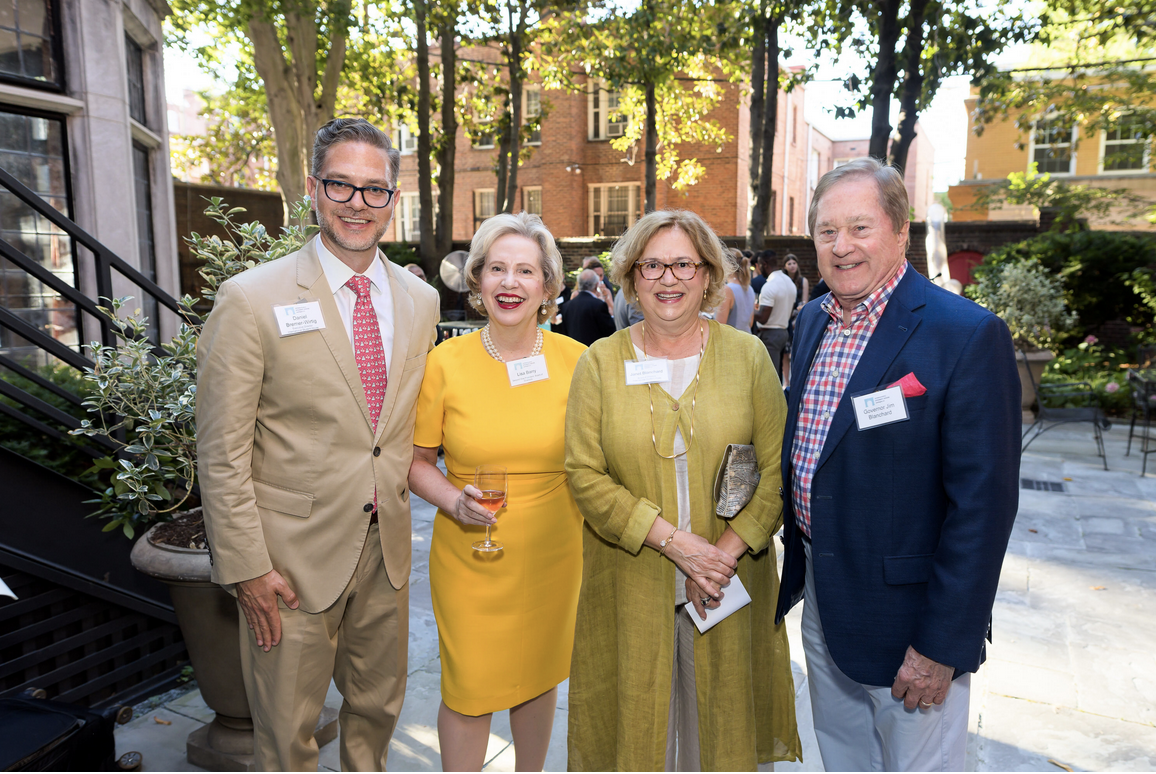 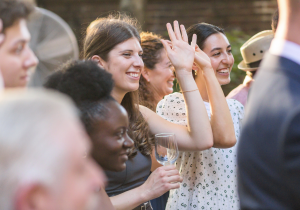 As we welcomed our guests back to the House, we hosted two gatherings, the evenings of Monday, June 28 and Tuesday, June 29. Resident scholars from Canada, Zambia, Egypt, and the United States shared remarks during the gatherings alongside International Student House leadership.

Muhammad Ezzat, a resident scholar from Egypt and recent graduate from Georgetown University, shared with us his experiences as an international student and the importance of finding community among his fellow residents from around the world. Katherine Kemp shared that she is a ‘second generation’ resident of the House. As the daughter of diplomats, her childhood was full of travel and movement through different countries. Her unique experiences growing up around the world meant the House is where she feels most at home, once again in a multicultural community among international residents.  Katherine also detailed the cultural exchanges that are commonplace among her and her housemates and how this signifies that one of the greater missions of the House, cultural exchange, is alive and well, even in the most casual moments. 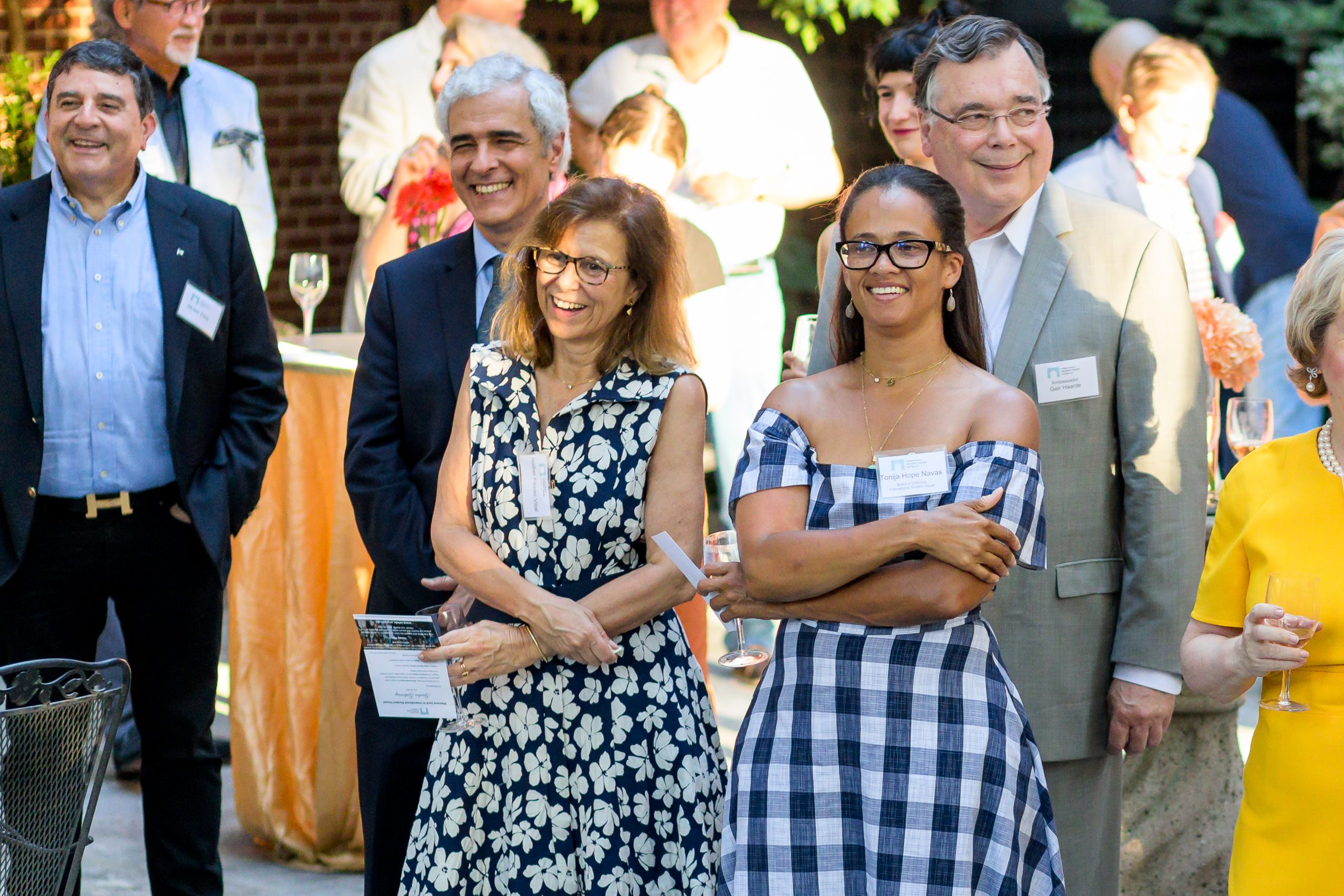 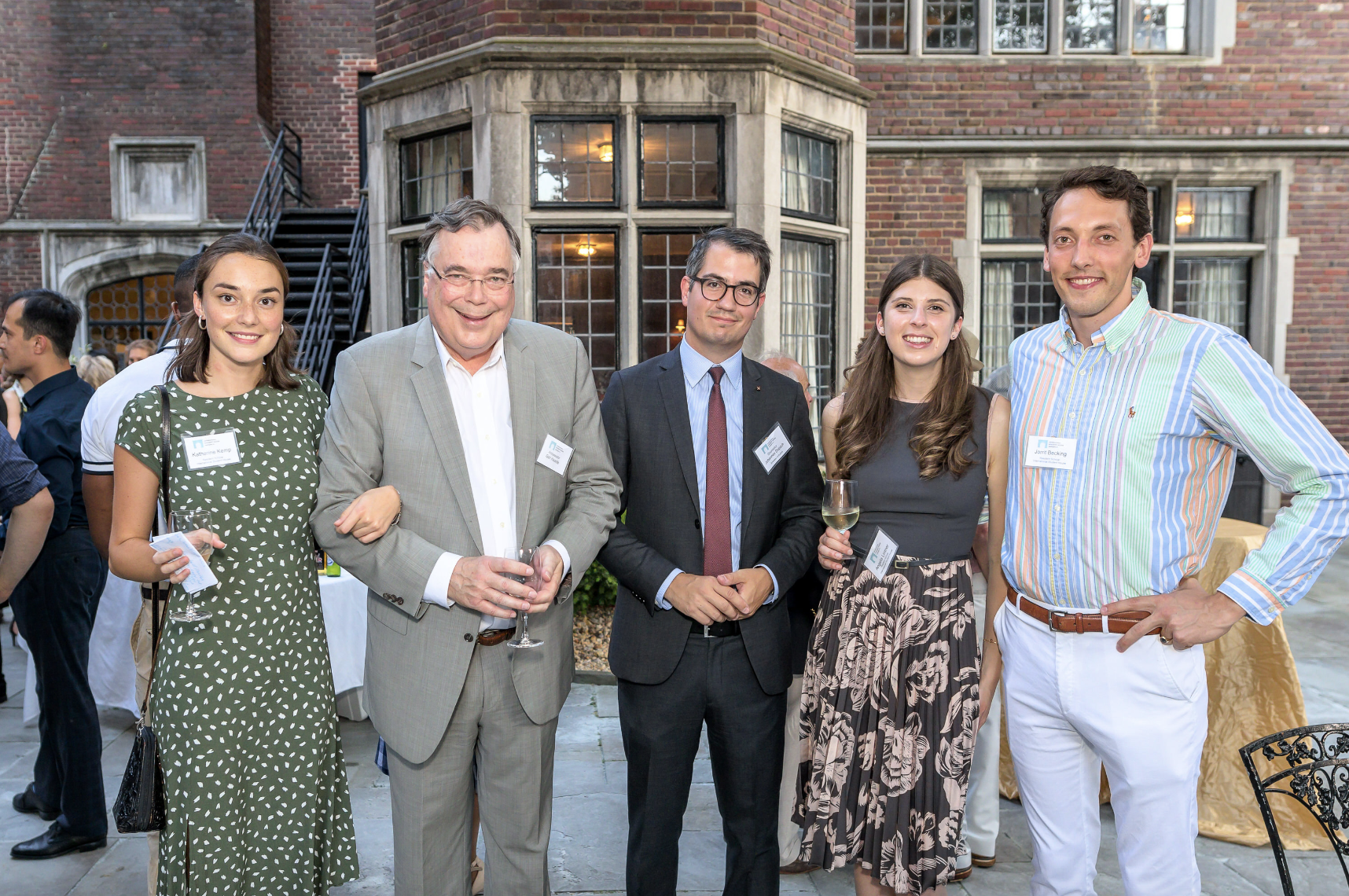 Daniel Bremer-Wirtig, Executive Director, also expressed his thanks for the incredible support our guests have shown us over the years, and particularly this past year that has challenged international exchange beyond our expectations. Daniel shared his confidence that the House’s mission will continue on for decades to come, especially with our donor and alumni support. Eric Melby, President of our Board of Directors, closed the program by emphasizing the incredible role of our Board of Directors, whose dedication and significant support is unparalleled.

On Tuesday evening, we were honored to welcome His Excellency Geir H. Haarde, International Student House alumnus, as well as former Prime Minister of Iceland, former Ambassador of Iceland to the United States, and recently retired as Executive Director of Nordic and Baltic States at the World Bank. He shared the story of his own involvement with the House, and expressed how it was an incredibly formative experience for him. He has kept in touch with the House for years because he knows first hand how beneficial it can be for the future of young students and interns.

After enjoying the wonderful remarks, guests mingled throughout the evening. Our resident scholars took advantage of the amazing opportunity to network and meet our many incredible friends, including alumni with whom residents could mutually reflect on their shared connection to the building itself. Meanwhile, donors, board members, and visitors got a taste of what the House is like through the eyes of our resident scholars and left with a renewed appreciation and understanding of the House and our incredible mission.

Thank you to everyone who attended and made the House feel so alive and vibrant. We cannot wait to have you back with us soon!

You can find more photos from the gatherings here.