Recently, the Consular Corps of Washington hosted its fall luncheon at the International Student House.  The event, attended by diplomats representing countries from throughout the world, featured the Department of State’s newly appointed Director of the Office of Foreign Missions, Ambassador Stephen Akard, discussing the relationship between “OFM” and the diplomatic corps. 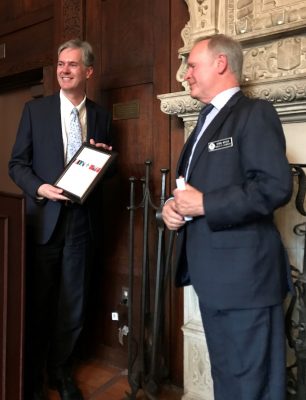 The Consular Corps is an association of career consular officers and other foreign diplomats, federal and local government officials and corporations which work directly with the diplomatic corps in Washington.  The organization brings consuls and other diplomats together with top level officials of the Federal and Local Government who make or implement policies critical for conducting consular duties, and sponsors superior training events to help consuls effectively execute their duties here in the United States.