It was once considered an accepted part of etiquette that to have a polite conversation one should never talk about three things: politics, money, or religion. While there are many who may still hold to this rule as they see fit, during my stay at the International Student House in Washington, DC, religion was not a topic that curious residents avoided. This made me glad to see. In my opinion, religion is just as much a private matter as it is a public one for many people. A polite, diverse society is not built upon overlooking our differences but acknowledging and even appreciating them. 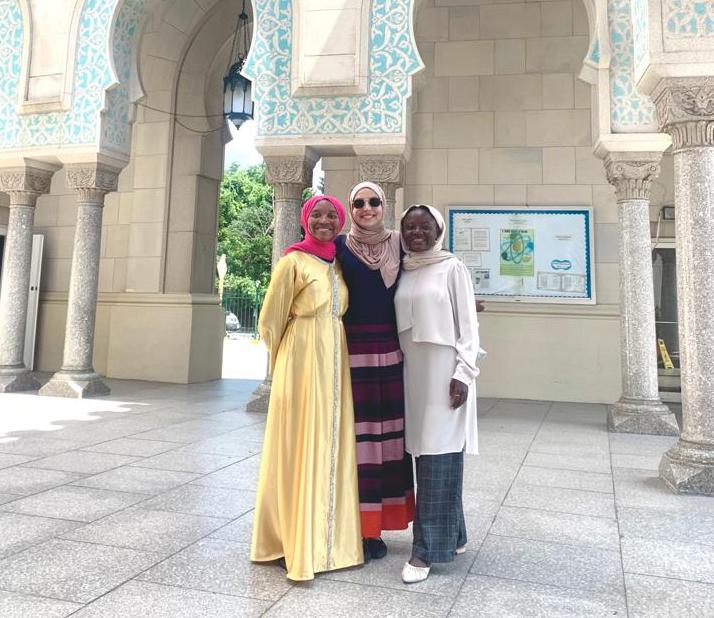 The residents of ISH represent a wide array of different beliefs and while residents always approached each other with respect and deference towards the person they would ask, they were curious about the faiths of their fellow residents. I still recall fondly several conversations I had with other residents who became friends as not only was I the first Orthodox Christian they had met but also the first Christian, in general, they had met who wore a veil in public.

This curiosity eventually evolved into open invitations to attend houses of worship with residents who went to them. One resident who led trips was ISH Alumna, Hanna. According to Hanna, the trips started organically. She said, “I wanted to go to the mosque for Friday Prayer and another resident knew where it was. After that, we decided to go to her church and other people heard and were interested so she made a group message. You were also open about going to church on Sundays to a different church that we wanted to learn more about and so it continued. It was pretty awesome.” Hanna took residents to two different mosques including the Islamic Center of Washington DC on Embassy row. The Islamic Center’s website says that the idea of building mosque in DC came about “through a discussion between Mr. M. Abu Al Hawa and the former Ambassador of Egypt, Mr. Mahmood Hassan Pasha.” The building was designed and decorated by people from a wide array of countries such as Italy, Egypt, Turkey, and Iran. It was completed in 1957 though it was officially opened in 1952.

I had the pleasure of joining her on a visit to the Islamic Center and it was my first time visiting a mosque. From the arched entryways of the courtyard to the stunning tiles and calligraphy that adorned the prayer hall, the Islamic Center was beautiful to look at and while it was not quite as full as it normally would have been there was nothing lacking in the sense of community that brought everyone there that Friday to pray and worship together. For all the differences that were there, it was an experience that was very familiar to me. 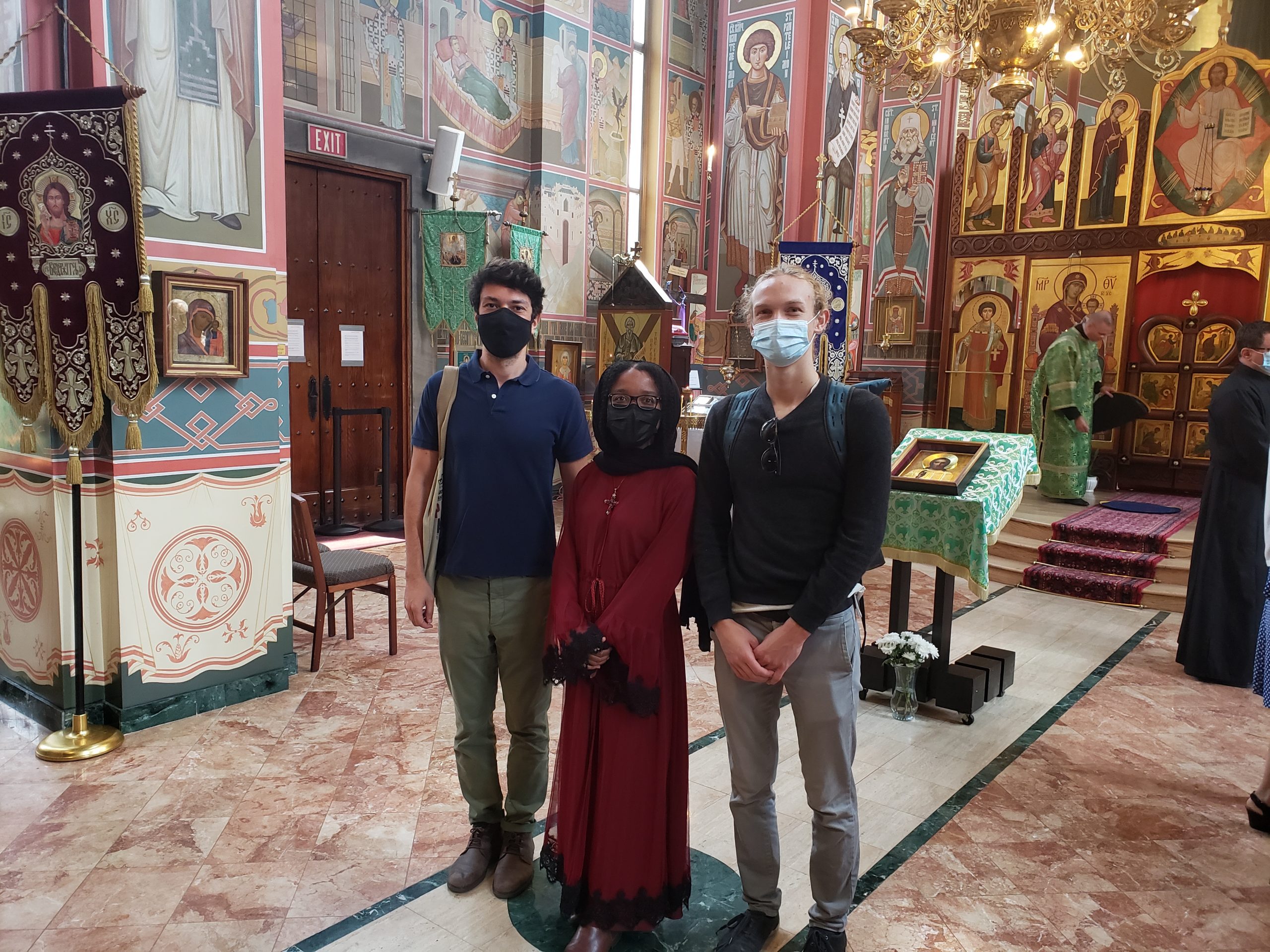 I also took people to two different orthodox churches in DC: St. John the Baptist Russian Orthodox Cathedral and St. Nicholas Orthodox Cathedral. St. John the Baptist is a ROCOR parish, and its website says that it was organized by Archbishop John in September 1949 and the building was complete in 1958. It is a stunning building designed in the 17th-century Muscovite-Yaroslav-style with murals and icons covering the walls of the interior and members face a stunning four-tiered iconostasis. St. Nicolas was founded in 1930 “for the purpose of religious worship and to perpetuate the memory of all Russians who gave their lives for their country and faith during the tragic years of World War I and the Russian revolution.” Like St. John the Baptist, murals and icons cover the walls of the interior and they are done in the Russo-Byzantine style of the 12th century. On the trip to St. Nicholas, we were able to see Metropolitan Tikhon who was visiting that Sunday, and one of the residents who went on this trip remarked that he “thoroughly enjoyed the music and art in the cathedral and that it was so exciting to see someone so high up in the church!”

While the summer is over and most of the current residents of ISH are busy with graduate school, I hope that we can continue these informal, resident-led trips throughout the semester.