« Bonjour! » said my French friend Sixtine when I entered the Great Hall that had been transformed into a Parisian soirée. The walls of the Great Hall had signs of the different streets in Paris like the Champs Elysées, while the music of Stromae blasted in the background. The tables had different types of cheeses labeled for residents to try out and one of our residents, Atem, was serving both red and white wine to complement the cheese. When I walked into the room I realized people stuck to the French night dress code, with black and white stripped shirts, French beret hats, and the other colors of the French flag— blue, white and red. There were also French themed balloons covering the ceiling. The projector was showing some pictures of France, and the Christmas tree was nicely decorated next to the lighted chimney. ISH French residents organized the French night as both an opportunity to showcase some of their own culture, and to bid farewell to the fall semester and the residents that had to depart in mid December. Residents danced and laughed together, and I had a great time with the friends I had made over the course of four months from living here. It was a night to remember, a « petit au revoir » to my fellow housemates with whom I had created so many memories. 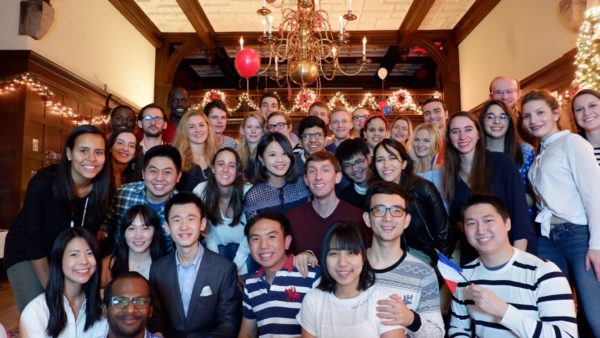 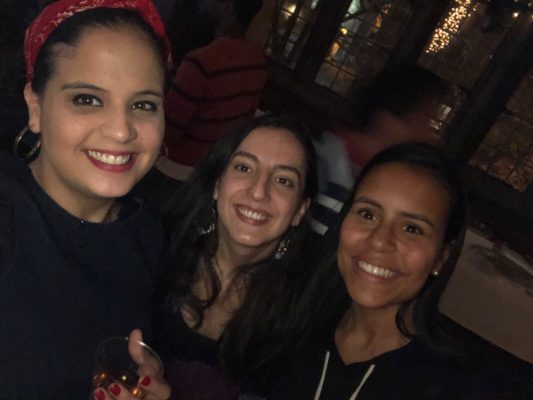 The first semester at ISH flew by. I remember when I first visited the house in July of 2017 while I was searching for a place to stay in D.C. The resident assistance at the front desk greeted me politely and asked if I was a new resident, but I told her I just wanted to have a tour of the place and she graciously offered to give me one. I thought the building had a Hogwarts theme, and after talking to a few people and staff I decided I wanted to live there. I moved in on August 15th, a few days before the start of my first semester of my Masters at Georgetown University. I remember feeling excited and a bit nervous to meet the residents. I quickly realized that everyone else was on the same boat, and even met people who were also in my masters program. In the past four months I have bonded with residents through numerous late nights in the study room, over a cup of tea in the dining room, at events the house organizes, while watching the newest season of Game of Thrones in the living room, and going out to bars and restaurants with the many crazy Italians living here. 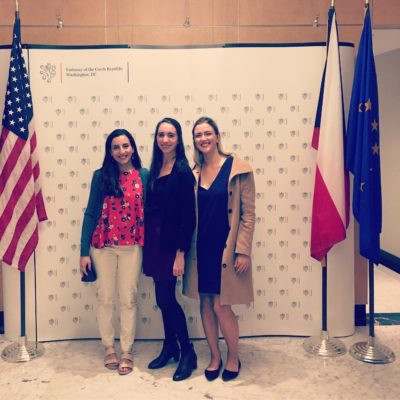 I enjoyed all the Sunday lunches, Saturday brunches, early breakfasts and daily dinners filled with talks about international relations, traveling tips, and foreign language practice. I liked the fact that residents were able to showcase their culture by organizing themed nights: Italian night, Mexican night, Brazilian night, French night and even Finnish night. I learned so much about the world without having to step foot outside the House. Because of ISH (as guests fo the Embassy Series), this past semester I got to go to the Czech Embassy for their public diplomacy initiative of “Uniting people through Music” starring the famous violinist Jaroslav Sveceny and pianist Vaclav Macha. I witnessed Joe Biden, the 47th Vice President of the United States, receive the Global Leadership Award in the ISH garden while volunteering for the event. I represented the Argentine Finance Minister at the Model G20 Summit hosted at American University with the rest of the ISH Argentina team. I learned about different types of whiskey because one of our residents, Alex Beck, organized a whiskey tasting event at the House. 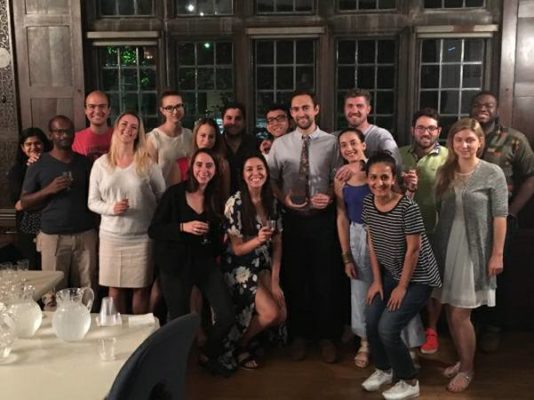 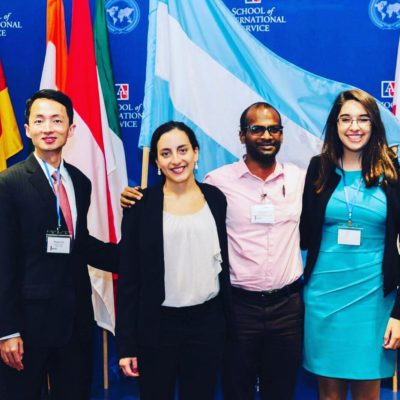 At every Sunday lunch, one of the residents stands up and asks if there are any new residents present or any residents that are leaving that week. I can’t help but feeling a bit nostalgic whenever I see some great friends depart, but I know that in the future I can go visit them wherever they might be. I joined the front desk resident assistant team in November, and I sense its come full circle since that sunny afternoon in July of 2017 when I walked in through the front doors of the House. Since then, I have made so many new friendships, traveled with ISH residents to New York City, and even played Ping-Pong in the game room for study breaks. I am looking forward to the New Year and new semester at ISH. Who knows what great events and new adventures await? 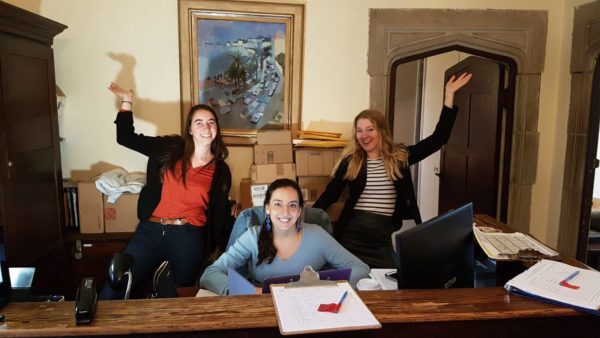 Working at the front desk 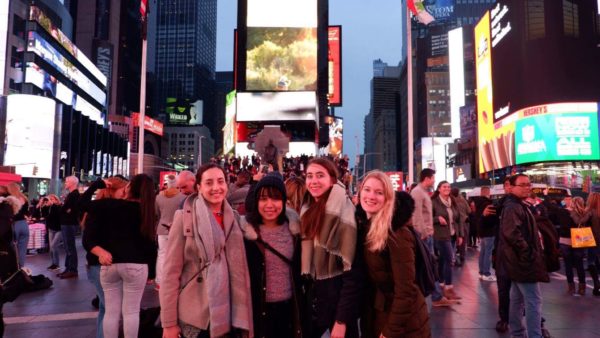