ISH-DC knows how to give a good start to a month by throwing a bash. Friday, March 1, was Bollywood Night. The evening started off with a dinner to give everyone a little taste of India. The menu was lentil soup, mughlai chicken, bhindi masala okra, basmati rice, cauliflower and potato, and naan. The festivities didn’t stop there and neither did the touch of India, as many residents came dressed for the celebration.

The party continued in the Great Hall and lasted all night.  The hall was supremely decorated with four disco lights and tons of white sparkling lights lining the walls and crisscrossing the ceiling. The walls were adorned with Bollywood movie posters, and images of the most famous Bollywood actors and actresses in their iconic roles.  A projector had been set up to display Bollywood movie clip music videos and extra speakers were brought up to pump up the volume.

There was a singing performance by ISH-DC Alumna Adyasha.  This was followed by a showing of the FRIENDS video shot by residents over winter break (learn more on the blog post “December @ ISH” by Aakriti Thapar).  Then the ISH Bollywood Dance Crew took center stage for a three song performance covering decades of music styles (Ask a current resident if you want to see the video recording). 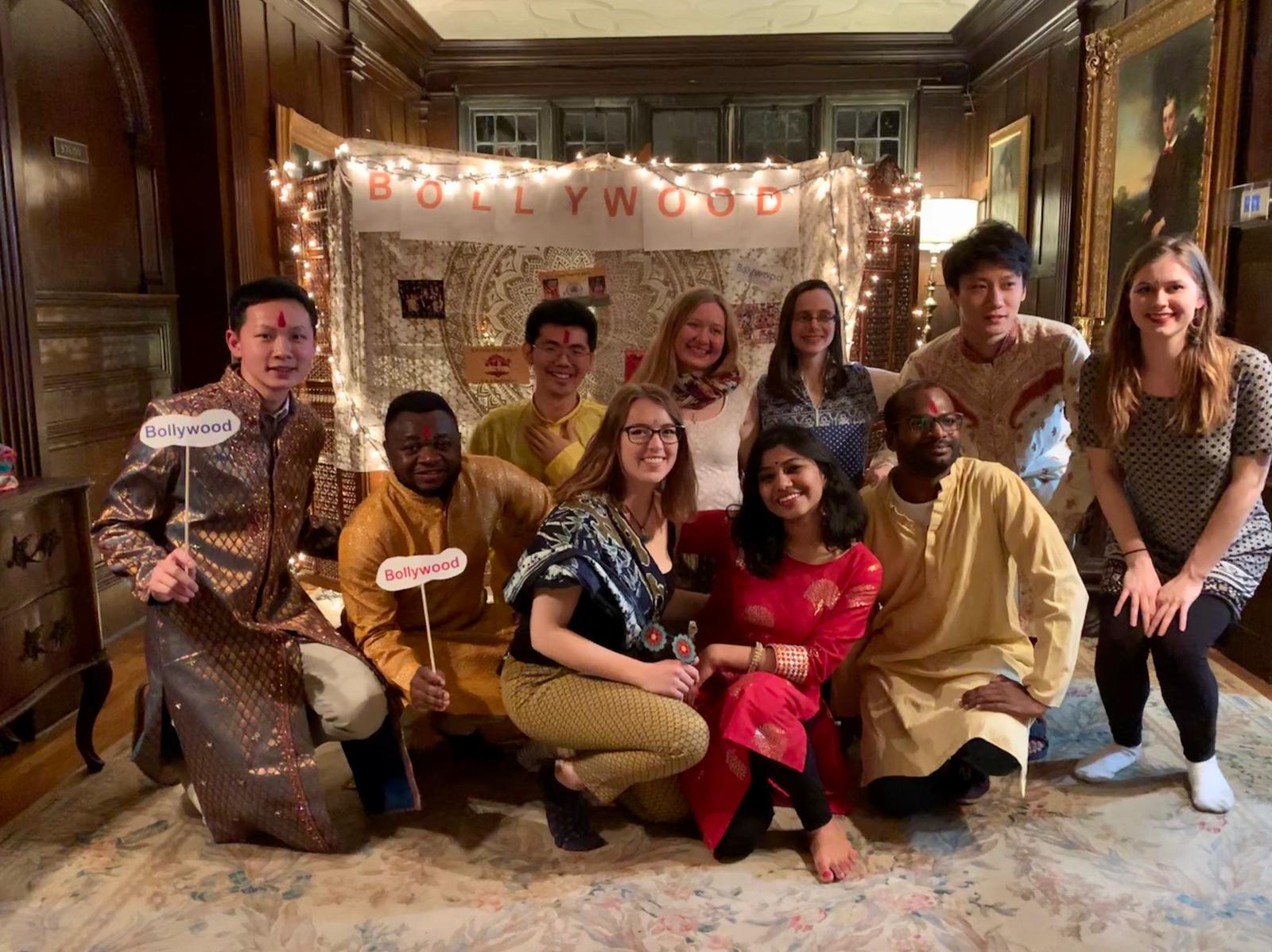 The rest of night all residents were able to use the Bollywood photo booth, have some drinks (mango lassi as a special treat), eat some snacks, samosas and aloo chat (just to name the hot foods, which isn’t even mentioning an entire snack table), use henna to make themselves temporary tattoo artists and dance the night away.  All residents got to learn a few new dance moves to get into the Bollywood style of dancing.

Bollywood night was not just a party – it was a destination.