The Ambassador of France 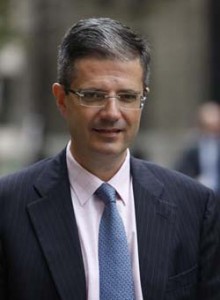 and the growing threat of Islamic Fundamentalism in North Africa.

Ambassador Delattre was appointed Ambassador of France to the U.S. in February 2011. He served as Ambassador to Canada (2008-2011) and Consul-General in New York (2004-2008). Prior to serving as the Foreign Minister’s deputy chief of staff (2002-2004), he monitored defense issues as well as European and transatlantic security concerns. He was responsible for these issues, including the Bosnia crisis, as a member of President Jacques Chirac’s foreign policy team (1995-1998) and as a staff member for Foreign Minister Alain Juppe (1993-1995), following two years at the Department of Strategic Affairs and Disarmament at the Quai d’Orsay (1991-1993).

Former Representative  James L. Oberstar represented  Minnesota’s Eighth District from 1975 to 2011. He served as Chairman of the Committee on Transportation and Infrastructure from 2007 to 2011 and a member of the International Affairs Committee.  In 2012, he was awarded the rank of Commander in the National Order of Merit by the French government.

are made possible, in part,

by a generous grant from Al-Monitor