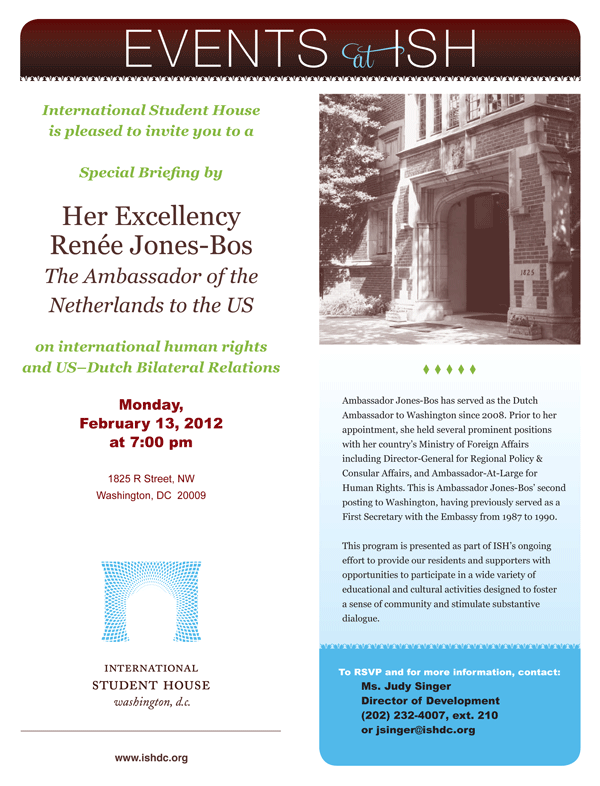 International Student House
is pleased to invite you to a

Ambassador Jones-Bos has served as the Dutch Ambassador to Washington since 2008. Prior to her appointment, she held several prominent positions with her country’s Ministry of Foreign Affairs including Director-General for Regional Policy & Consular Affairs,and Ambassador-At-Large for Human Rights. This is Ambassador Jones-Bos’ second posting to Washington, having previously served as a First Secretary with the Embassy from 1987 to 1990. This program is presented as part of ISH’s ongoing effort to provide our residents and supporters with opportunities to participate in a wide variety of educational and cultural activities designed to foster a sense of community and stimulate substantive dialogue.