The evening of Wednesday, May 20, 2020, International Student House of Washington, DC (ISH-DC) welcomed guests to a Spring Garden Party unlike any before in our 85 year history. Almost 100 Resident scholars, Board members, alumni, and friends joined us virtually to celebrate the mission of the House.  We were also delighted to welcome Ambassador and Mrs. Wouters of Belgium, Ambassador and Mrs. Jaeger of Liechtenstein, Ambassador Ellertsdottir of Iceland, Minister Counselor Yang of the People’s Republic of China, and Ambassador Geir Haarde, Executive Director of Nordic and Baltic States at the world bank and Mrs. Thordardottir, among many other distinguished guests. 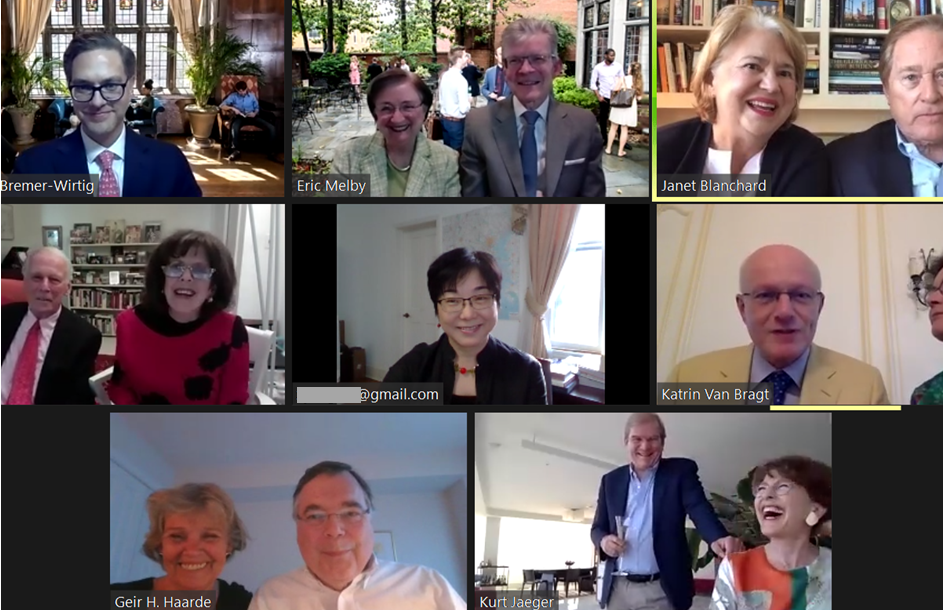 The virtual reception opened with remarks by Eric Melby, President of our Board of Directors, who then introduced Daniel Bremer-Wirtig, the House’s Executive Director who began his appointment this past March.  One of our most illustrious alumni, Geir H. Haarde, Executive Director of Nordic and Baltic States at the World Bank, former Prime Minister of Iceland, and form Ambassador of Iceland to the United States, shared delightful remarks about his time at the House as a student while studying at Johns Hopkins University.

Resident Scholar Varsha Thebo from Pakistan - newly graduated with her Master’s degree from Georgetown - also graciously spoke of the significant importance the ISH community has had on her life these past few months. 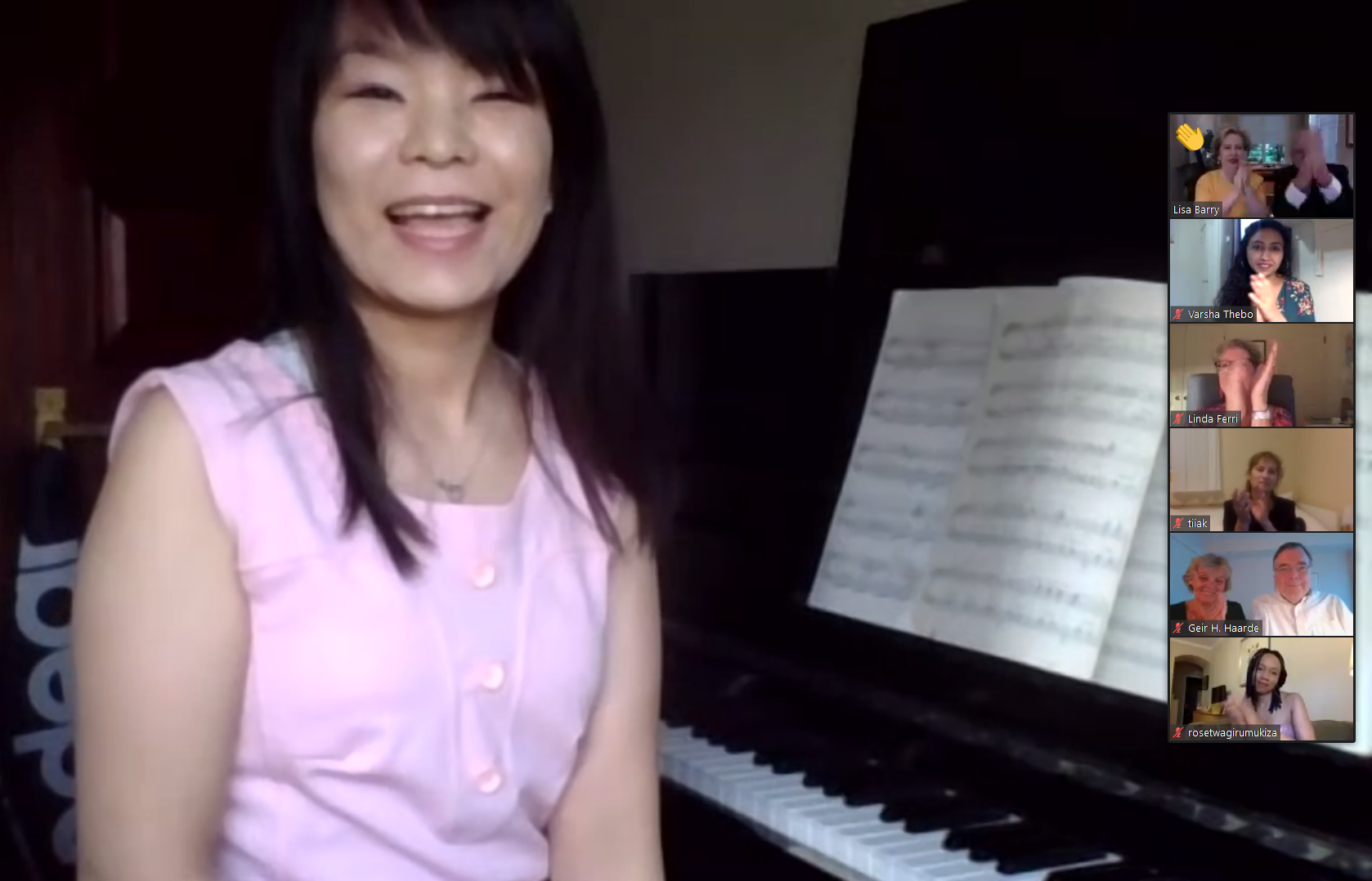 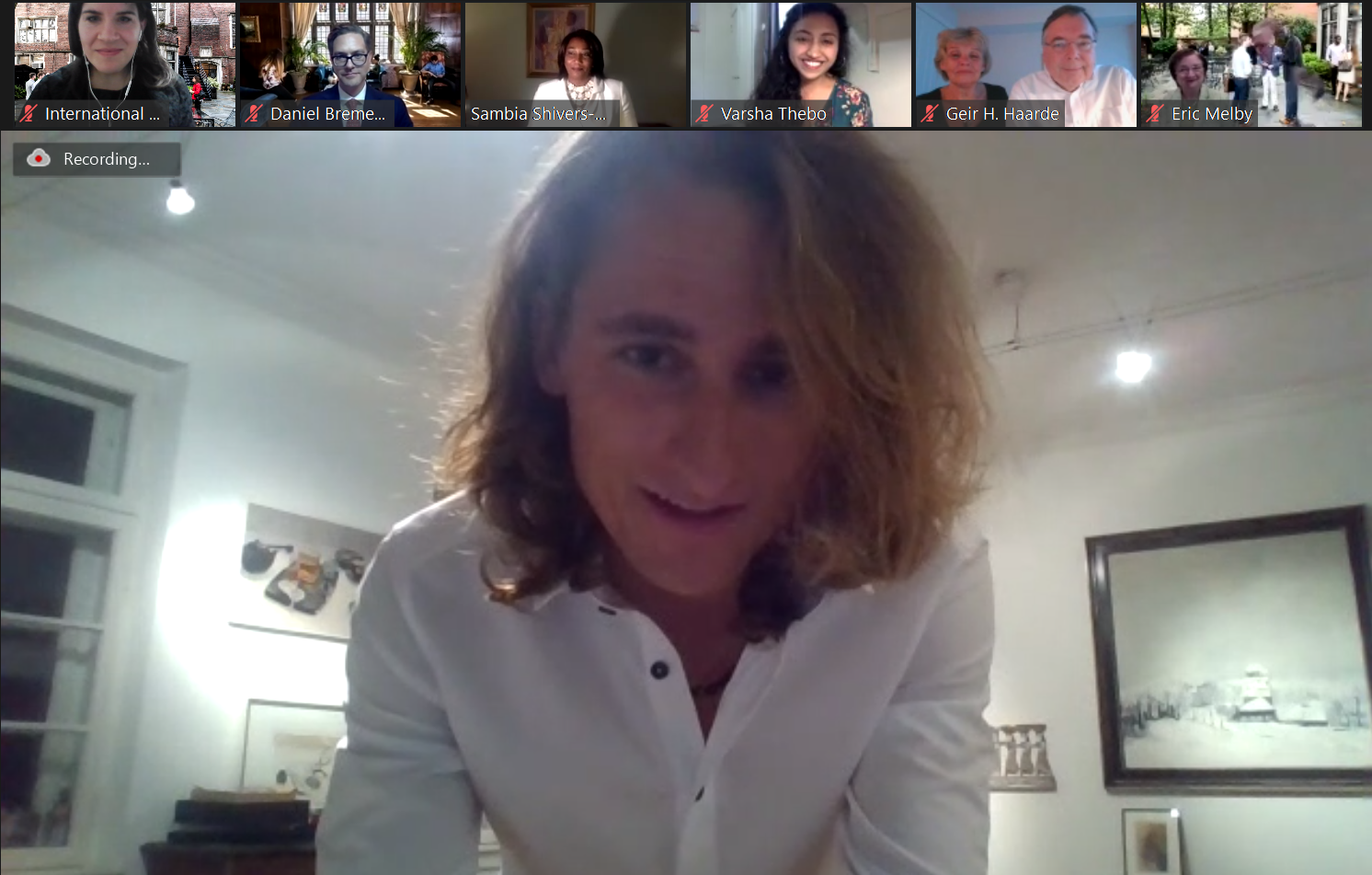 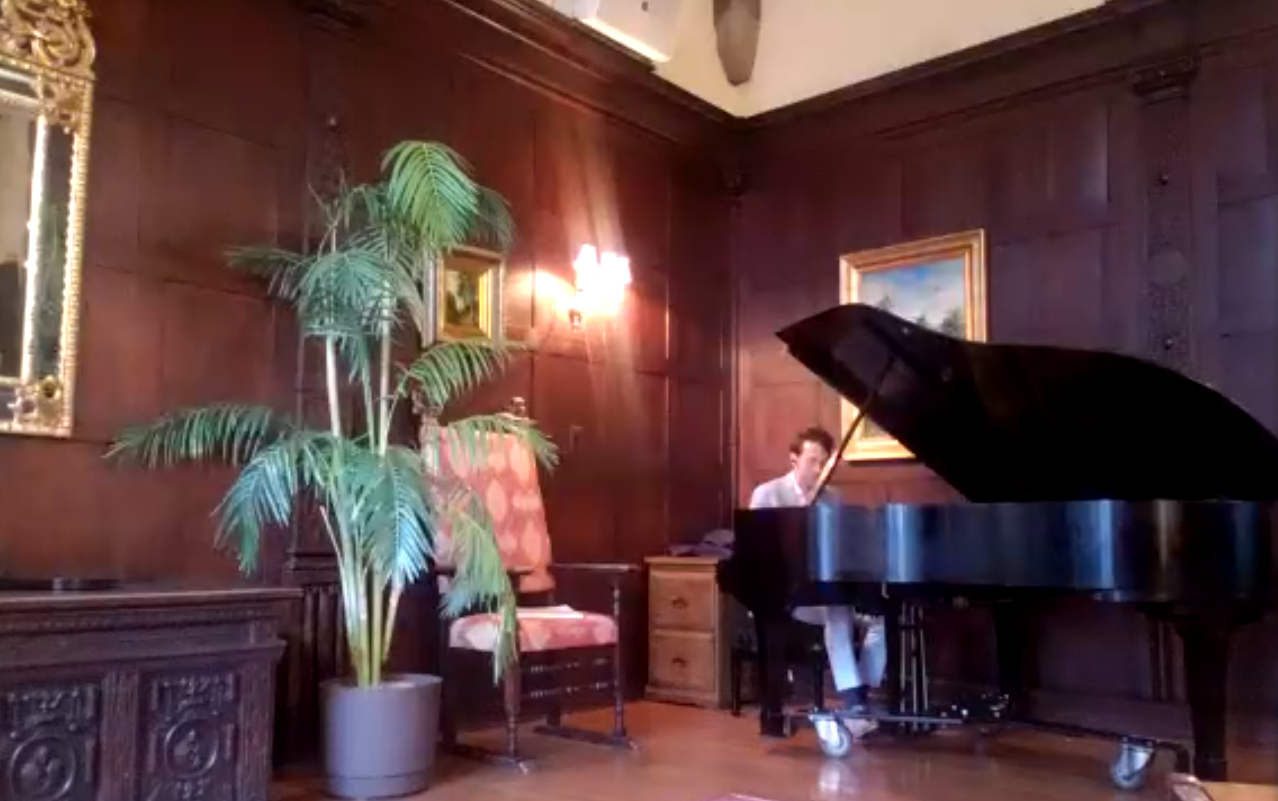 While we could not host our guests in our garden as we have done for many years, we utilized the opportunity to ensure the celebration was truly special by showcasing talented alumni and residents around the world.  Alumna Sun Han, currently home in China while completing her PhD in International Economics at American University, played beautiful pieces on the piano, while alumnus Joshua Hellinger, who stayed at ISH in 2019 while studying International Politics at George Washington University, shared his favorite piece on the violin from his home in Germany.  The evening ended with a final piece from Jorrit Becking, a resident scholar from the Netherlands who played from our Great Hall.

If you missed the evening or simply would like to re-live the night, you can do so by enjoying the video below. The password to view is:  ISHGardenParty2020! 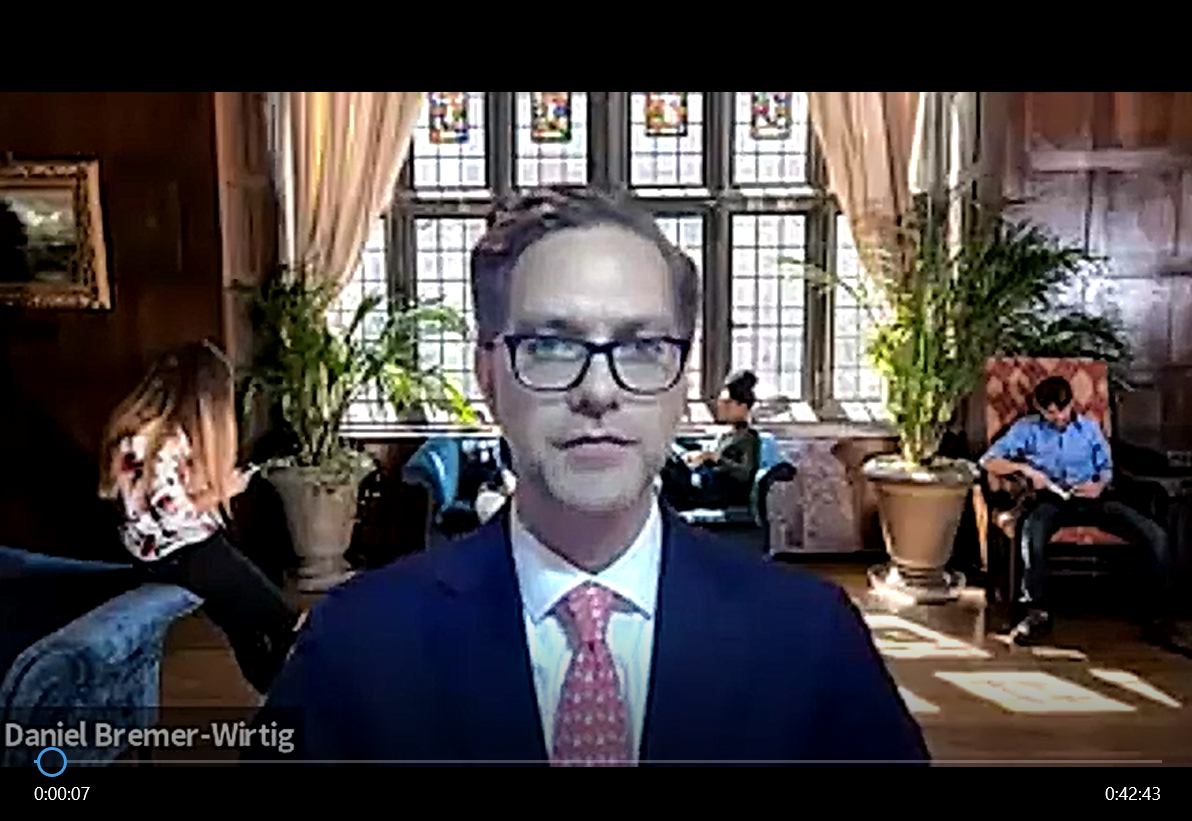 Thank you to everyone who joined us to celebrate our mission in this special way, and we look forward to once again welcoming you to our Garden in the future!