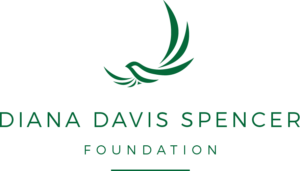 Diana Davis Spencer, Chairman and President of the Diana Davis Spencer Foundation, carries on her family’s legacy of supporting education for students in the US and across the globe.  A warm, gracious, and down-to-earth woman, Diana has changed the lives of tens of thousands of young people.

“Being involved with international affairs and students is part of my DNA,” she laughs.  Her parents met on a train to Geneva, Switzerland when her mother worked up the courage to speak to the handsome man sitting across from her.  After a few months, he convinced her to change her plans and go with him to New York to study at Columbia University.  They both went on to complete their Masters degrees at Columbia and lived at International House in New York.  This experience began Diana and her family’s longtime involvement in International Student House (ISH) and her passion for international exchange and education.

From the start, students from ISH and foreign visitors were integrated into her family life. Diana recalls, “My family always felt that the people we met in our travels, whether it was on the street or during a planned lunch or dinner, surpassed museums.  That was what put meaning into it.  Relationships were very important.”

“Today, everyone is so pressed that maybe they don’t take enough time to understand each other and make friendships.  If they are different, they just brush that person off,” she says.  “International exchanges, travel, and going abroad for a semester, make you realize what it is to be in someone else’s country.  Then, you make more of an effort to understand someone in your country who is here from abroad.”

Thus, Diana has been a great supporter of ISH.  The House fosters and creates lasting friendships between graduate students and interns from all across the world.  “People [residents] at International Student House are leaders of the students and really will be future leaders of their countries, and can help change policy. Hopefully, this has a rippling effect towards peace.”

The Diana Davis Spencer Foundation has been a generous supporter of ISH-DC and the International House movement.  Her mother, Kathryn W. Davis, established Projects for Peace on her 100th birthday.  Projects for Peace funds student innovations, initiatives, and entrepreneurship focusing on conflict prevention, resolution or reconciliation. For the past five years, at least one ISH-DC resident scholar has a received a Project for Peace grant to carry out field work that addresses the causes of conflict.  ISH-DC students have launched innovative projects across the globe.  A few examples include establishing a database to facilitate reporting of sectarian violence in Egypt, combating violence against the LGBTIQ community in Kyrgyzstan, and reducing animosity between local Thais and Burmese refugees in Thailand.

ISH-DC thanks Diana and her family for their enduring commitment to international understanding and peace.

The Davis Projects for Peace is an annual competition that rewards students who design grassroots projects – anywhere in the world – which promote peace and address the root causes of conflict among parties. Over the years, several ISH-DC Resident Scholars have submitted proposals; nearly every year, one of our residents is selected as a finalist and goes on to win a Davis Project for Peace prize ($10,000).

This year was truly remarkable as for the first time two of our Resident Scholars were finalists, and both were awarded Davis Project for Peace prizes.

Georgina Rannard (UK) is a Humanity in Action-Lantos fellow, completing a Congressional fellowship while working toward a PhD in economic history at the University of Edinburgh. Georgina’s project creates positive social and political change for the persecuted LGBTIQ community in Bishkek, Kyrgyzstan.   Her project transforms LGBTIQ organization Indigo by providing staff with skills in blogging, reporting, and fundraising to end their international isolation and empower them to build a sustainable, permanent safe space and headquarters to change the deteriorating human rights situation.

Mai Tarek El-Sadany (Egypt/USA) is a Juris Doctorate candidate at Georgetown University Law School. Her interest is in international human rights and civil rights. She has interned extensively with prominent civil and human rights non-governmental organizations. Her project establishes a database platform that aggregates reports of sectarian attacks in Egypt. The project establishes a non-profit organization, a professional website and database that allows for self-reporting of sectarian violence, and a volunteer corps to verify stories of sectarian violence. Eshad will play an essential role in providing the data that is necessary for effective legal resolution and policy reform to address sectarianism in Egypt.

Congratulations to Georgina and Mai!